Elie Saab (1964- ) is a Lebanese fashion designer. His brand is sometimes just called, "ES". He moved to Paris to study fashion in 1981, and returned to Lebanon to start his own shop in 1982. He began to rise to fame in the late 1990s, especially in the Italian fashion scene. His first ready-to-wear collection was released in 2006. 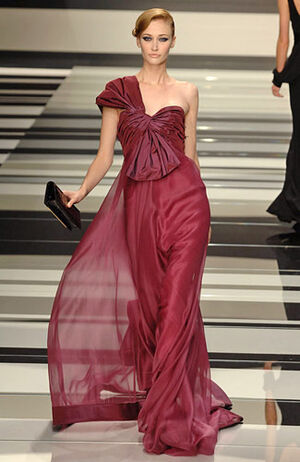 Retrieved from "https://fashion.fandom.com/wiki/Elie_Saab?oldid=19542"
Community content is available under CC-BY-SA unless otherwise noted.