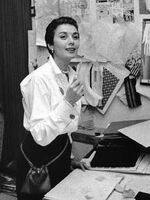 Anne Klein (1923-1974) was an American fashion designer of Jewish descent. She and her husband founded the "Junior Sophisticates" clothing line, which aimed to make juniors' clothes look more grown-up and less childish.

The label, Anne Klein, was established in 1968 and is a very popular mainstream line for women's workwear and sportswear. It is now taken over by Donna Karan. 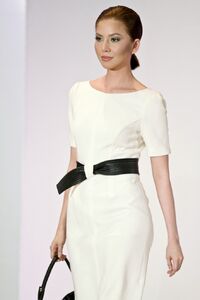 Retrieved from "https://fashion.fandom.com/wiki/Anne_Klein?oldid=5669"
Community content is available under CC-BY-SA unless otherwise noted.